Photo: Jeff Young of Orange wants to be Orange County’s new county judge. The county HVAC specialist goes into the 2020 election cycle aiming to cut pay for the judge and commissioner jobs.

Jeff Young wants to be the next Orange County Judge and he’s making it personal.

“I don’t consider this to be an election. This is a fight between me and him [John Gothia, the current office-holder],” he said.

The 49-year-old, an Orangefield High grad and a retired Army infantry sergeant, said on Facebook recently that, if elected, he would not take a salary higher than the 2017 level, $85,500, and donate the rest of what is set to become a $107,140 county judge salary for 2020 to Orange County non-profits.

After working for Orange County’s maintenance and operations department as an HVAC specialist the past four-plus years, Young has filed papers with the Orange County Elections Administration necessary to run in the 2020 Special Election for County Judge.

Young says he decided to run for county judge because he doesn’t like what he’s seen from county leaders.

“I had never been involved with politics,” he said, “but once I went to work for the county, I’ve seen some things I didn’t like.

“They weren’t necessarily illegal, but some things I didn’t think were moral.”

Things he had problems with include 2017 commissioners raising their pay 15.3% and the county judge’s pay 22.9%.

“I don’t consider it moral to give my employees even a 5% raise and take a 22% raise,” Young said.

Both Gothia and current Commissioner Johnny Trahan were eight months into their first terms as commissioners when they voted for the October 2017 pay raise, which boosted their pay from $63,118 to $72,800.

They joined Commissioner Barry Burton and County Judge Brint Carlton in voting for the 2017 raise as part of a package of pay increases for all 18 elected officials that averaged 13.5% per person. Commissioner Jody Crump voted against it.

Burton, Crump and Carlton, who faced re-election in 2018, said they would only accept the salary boost after winning re-election. All three were defeated in the March 2018 primary.

“He [Gothia] did take the pay raise. He and Johnny Trahan both took it,” Young said.

“Two percent doesn’t fully cover the cost increase in insurance that most of us that work at the county incurred this year,” Young said.

Texas Local Government Code 152.013 requires counties to propose and publish any raises for elected officials several weeks before voting on a final budget that includes both the elected and non-elected county employees other than sheriff’s deputies whose pay is covered by collective bargaining agreements.

Commissioners are scheduled to vote on the 2020 budget Sept. 17. It takes effect Oct. 1.

“Personally, I think people should have to vote on judges’ and commissioners’ pay,” Young said. “If the employees can’t have a good pay raise because we don’t have the money, then these people shouldn’t be making the money they’re making.

Dean Crooks’ surprising resignation three months into his first full term made the County Judge special election necessary for a two-year term in 2021-2022.

Normally, county officials are elected for four-year terms, so the County Judge’s spot will be back up for election in 2022, this time back on a four-year schedule.

Gothia is expected to run to retain the County Judge seat in the 2020 election. If he does, he will face Young and possibly others in the Republican primary in March, 2020.

Young didn’t agree with the way Gothia ascended to the judge’s chair, taking the top spot after a four-month return by former County Judge Carl Thibodeaux.

Gothia resigned as commissioner to be available as judge and Thibodeaux appointed former Bridge City mayor Kirk Roccaforte to replace Gothia. Then Roccaforte was among the commissioners appointing Gothia as Thibodeaux’s replacement.

“After Dean Crooks resigned, everybody knew what was going to take place,” Young said.

“Most of this was done to be able to put Roccaforte in office. They did not want Dean Crooks to appoint a commissioner, so they did this as an end-around state law.

“Those were Republicans [Crooks and Gothia]. They’ve replaced them with a life-long Democrat in Roccaforte. Just changing your name and putting an R behind your name doesn’t make you a Republican.”

Young is one of two men who have said they plan to run as Republicans against Gothia. The other, 77-year-old Vidor blueberry farmer Ernest Bayard, has not filed papers to run as of Labor Day and he did not return calls from The Record newspapers.

To show he is serious about running, Young explained how this dip into politics is a threat to his planned retirement from his county job. 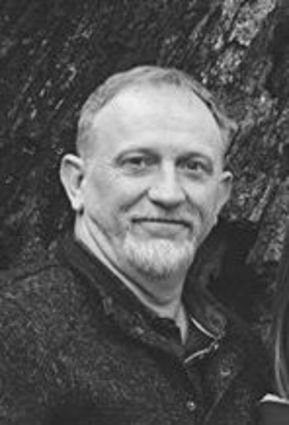 “If I stayed with operations and maintenance six or seven more years, I could retire,” he said. “By doing this [running], I’m risking my retirement.

“Even if I win the primary in March, I’ll still be plunging toilets and working on air conditioners for nine months before I can take office.”

But he’s willing to take the chance.