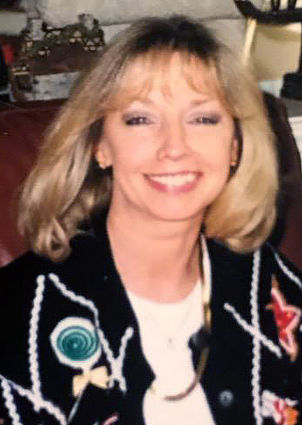 Melissa and Johnny had recently attended the 45th Reunion of the Class of 1974 of Bridge City High School during homecoming week on the Saturday prior to her death on Thursday. Melissa was well known and loved by many throughout the Bridge City and Orange County area. She was a kind and loving spouse and friend who was always willing to help others who reached out to her. Her smile and bright personality were refreshing and contagious. She will be missed by all who were fortunate enough to have known her.

Melissa was proceeded in death by her parents George ‘Moon’ and Jean Mullins, and brother Dennis Mullins of Bridge City.

Melissa is survived by brother and sister-in-law George and Kay Mullins of Jasper, Ga., and Maureen Crowly of Beaumont. In-laws include Wanda and Ray Dal Sasso of Orange, Janna and Gary Lindhorst of Houston. Tanya and Frank Bertone of Crosby and Teresa Gowan of Austin. She also leaves behind numerous cousins, nieces and nephews and life long friends from Bridge City and throughout Texas.

An additional memorial gathering for Melissa will be held in Bridge City on November 29 at the Knights of Columbus Hall, 770 Avenue A off of West Roundbunch Rd. near St. Henry Catholic Church. The memorial will be held from 2:00 - 4:00 PM.