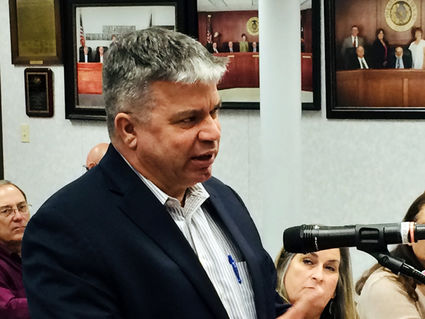 The City of Orange appears ready to steal a page from Vidor’s playbook.

Orange City Council members agreed Tuesday morning to consider a resolution that could create a Residential Tax Abatement Program to promote the building of new homes and the renovation of existing homes in yet-unspecified Orange neighborhoods.

“What we’d do is offer residents tax abatements for new homes, of modernization of the homes,” explained Mike Kunst, Orange city manager.

“We want to encourage anything that’s going to add value to our tax rolls.”

“The homeowners would still have to pay taxes on unimproved property, but we want to encourage new value,” Kunst said.

“We’re going to look at some neighborhoods and see if we can get that going. I anticipate reaching out to the county to see if they’ll participate, to the drainage district and to the port. That would be some real savings to the homeowners.”

“I think it’s wonderful,” he said of the Residential Tax Abatement Program. “We don’t have all the details just yet on how exactly we’re going to roll it out.

“Basically, we are just trying to find ways to create investment zones and encourage people to want to build or to renovate the homes we have in Orange. This is a wonderful place to live. So, we want to give the best effort we can to help our citizens.”

Kunst said along with designating neighborhoods where the program would be available, the city would seek to identify and remove substandard structures in those areas.

Additionally, fees for building permits and inspections would be waived for those participating in the Program.

In Vidor, 19 homeowners had taken advantage of Pride and Progress in its first four years.

The council members voted to nominate Orange’s Invista plant as a Texas Enterprise Project and make it eligible for grants from the state’s Economic Development Bank.

The company plans to spend $65 million on an update to its Chemical Row plant, a move it says will save approximately 300 jobs.

City council approved motions cutting itself back to one meeting per month in November and December. It canceled meetings scheduled for Nov. 26 and Dec. 24 because of the Thanksgiving and Christmas holidays.

The property, located just east of the intersection of FM 1442 and Interstate 10 with frontage on the westbound I-10 feeder road, is 22 acres in all and owned by David Hinds, Jr.

Plans call for the property to be divided into 11 lots each an acre or bigger in size on either side of a large cul-de-sac parkway. Drainage plans call for a large detention point on the north end of the property, with water to drain to the northwest.

City council also accepted a report from Orange County Tax Assessor-Collector Karen Fisher showing the city’s 2019 tax roll was $8.5 million and it had nearly $1.4 million in delinquent taxes as of mid-October.