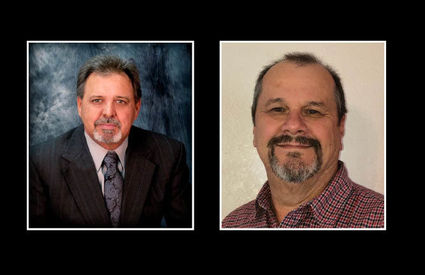 Carl LeBlanc says if he’s elected Orange County Commissioner for Precinct 3 he will give back $11,000 of his annual salary.

“I don’t think the Commissioners’ Court needs to get the pay they get,” LeBlanc said. “To me, they shouldn’t take any raises until the county is financially stable. All raises should go to employees before they get them.

In September 2017 at a meeting held at the County Expo Center because of flooding caused by Tropical Storm Harvey, commissioners voted 4-1 for about $200,000 per year in annual raises for 18 elected officials.

Each time, the county judge (Stephen Britt Carlton in 2017 and John Gothia in 2019) argued that state law required the five-person Commissioners Court (four commissioners and the judge) to vote on all elected officials’ raises.

LeBlanc, 63, will be on the Republican Party ballot for the March 3 election for which early voting begins Feb. 18.

So will Kirk Roccaforte, the longtime Bridge City mayor who was appointed Precinct 3 Commissioner last

July after Gothia moved up to County Judge.

Roccaforte, 67, a Port Arthur Bishop Byrne grad who moved to Bridge City in 1974 and opened Bridge City Radiator and Automotive, worked on LeBlanc’s cars until recently, when Roccaforte turned his business over to his son, Aaron.

“The pay is kind of based on the average pay for counties our size,” he said. “Over the years, the [Orange County] commissioners had not gotten cost of living increases for many, many years.

“All they did was try to get commissioners back on the same pay level with any official.”

Roccaforte was a fixture at Bridge City Hall for 25 years, having been originally appointed to City Council in 1994. He served as mayor from 2006-2016 and was on council for 14 years in all.

“This is a much bigger challenge than what I was dealing with in Bridge City,” Roccaforte said of his new job.

“The city was pretty much run by the city manager. We just made policy.

“In the commissioner’s position, it’s being responsive to answer to the citizens. There are more responsibilities and hours.

“Whoever said you don’t have to do anything if you’re a commissioner is not that up on it. It’s a never-ending battle to get things on the right track.”

LeBlanc, who retired a year ago after starting his adult work in the Orange shipyard for American Bridge and finishing with 32 years at the Gulf Refinery in Port Arthur, doesn’t see his bid for county office as a David vs. Goliath matchup against a veteran elected official.

“Not really,” he said. “I feel I’ve got just as much a chance as he does. He was appointed commissioner, not elected.”

LeBlanc’s report list $50 in contributions raised and about $600 in expenses.

“I’m trying to do the best I can,” LeBlanc said. “I’m just a one-man campaign crew. I’m introducing myself to everyone I see, putting signs out and I plan to do some door-knocking.

“I’m not doing any fund-raising. I’m putting it all on my credit cards.”