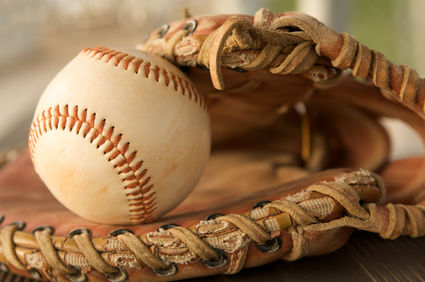 Major League Baseball and the MLB Players Association met last weekend and hammered out a deal to start the 2020 season in July-but with many, many stipulations like abiding by MLB's 67-page health-and safety protocol in an attempt to return amid the coronavirus pandemic.

An article seen on the ESPN website states that over the next four to six weeks, or however long MLB and its union remain committed to making a 2020 season happen, they will be forced to reckon with the same reality upending the rest of the world no matter how colossal and uncomfortable is necessary.

"This is what it will take to have a chance at garnering the support of the broad coalition necessary for any sport to return-the backing of federal, state and local governments, the rubber stamp of local health officials, the buy-in of fans and the collaboration of players," the article points out.

ESPN outlines what a day in the life of an MLB player could look like in 2020.

"Wake up. Grab the thermometer issued to every player in MLB and take your temperature. Just make sure to do it before eating, drinking or exercising. Then take it again. If it's over 100 degrees, self-isolate, call the team physician and get ready to take a rapid-response COVID-19 test.

"If not, you can go to the stadium. If you're on the road, it can be on any of the six bus trips to the ballpark instead of early-or-late options. Don't forget to open the windows.

"If you're at home, go to the entrance that can be used by 101 specifically designated people. Put on a mask. Walk into the stadium. Get your temperature again. If it's still below 100, you're allowed in the restricted areas-the field, training room, the weight room, the clubhouse.

" Or perhaps the auxiliary clubhouse because social distancing is important and six feet will separate lockers. Locker rooms just aren't big enough to handle that many people, so the team needs to build another one.

"It might be your day for a coronavirus test, since there will be a few a week, so get that saliva ready. It also could be the monthly blood test for antibodies.

"Since you can't use hot tubs, cold tubs, saunas, steam rooms or cryotherapy, there's no excuse not to get to the 4:30 p.m. hitters' meeting on time. Just check whether it's on iPad or outside. Indoor in-person meetings don't exist anymore.

"At least you can take off the mask on the field. You'll be out there plenty. It may look a bit odd. No water or sports-drink jugs in the dugout. No sunflower seeds or dip. You can't spit or high five or hug.

"It's game time. There's no lineup card exchange. They were sent via app. The manager is standing along the railing. He's not allowed to be on the steps. Other coaches are spread out-6 feet from one another, of course.

"The rest of the bench is sparsely populated. Only players likely to enter the game can be in the dugout. The rest are in the stands. The closest you can sit to anyone is four empty seats between you and two empty rows behind you.

"When the pitcher needs some grip, he'd better not lick his fingers. He has a personal rosin bag for that.

"When a hitter whacks a single to left field and gets on first base, he should skip the small talk. Socializing and fraternizing are forbidden before, during and after the game. Same with fighting.

"Oh, and that ball that went to left field. Get rid of it. If it's in play and touched by multiple players, it's no longer good because cleanliness is paramount.

"If you're playing, you're supposed to wash your hands and sanitize them every half-inning. If the bullpen or dugout phone is used-disinfect it.

"The game ends. There's no buffet, so the clubhouse attendant grabs you a pre-packaged meal. Don't bother with a cash tip. They take Venmo and PayPal. Want to eat with teammates? Social-distancing rules still apply.

"Don't even think about going out to dinner. You're not allowed to leave the hotel without approval-period.

"So, you go back to your room, which looks the same as it did when you left-housekeeping isn't allowed to enter. And call it a day."

I just can't believe this idea can fly. The players would love to compete for the playoffs and World Series possibilities. And the owners would certainly like to make some profit from full stadiums.

It's just not going to happen without many of these rules being abolished!!!

KWICKIES...Another great golf exhibition match is on tap Sunday when Tiger Woods and Peyton Manning will face Phil Mickelson and Tom Brady that will raise $10 million for COVID-19 relief efforts. The match will be played at Medalist where Woods plays when home.

Former Montreal Expos groundskeeper Joe Jammer claims hit king Pete Rose had his bats corked in the visitor's clubhouse at Olympic Stadium while playing for the Expos in 1984, according to a Montreal Gazette report. It added that Rose had been corking his bats for 20 years. Rose was supposed to have said that nobody checked him because he was a singles hitter.

Former Houston Astros' manager Art Howe was released from the hospital Sunday after successfully battling COVID-19 in the intensive care unit for almost a week.

And while on the topic of football stars preferring to be criminals closer to home, Jasper football player Terrien Collins was arrested last week on a child sex charge, charged with aggravated sexual assault of a child and unlawful restraint of a person less than 17 years old. He had signed a letter-of-intent to attend Texas A&M-Commerce but was released by the school's athletic department. Perhaps he can be a star on the prison's football team.

JUST BETWEEN US...It felt good to watch a live sports event Sunday afternoon with the TaylorMade Driving Relief exhibition charity skins game that was won by Rory McIlroy and Dustin Johnson over Rickie Fowler and young Matthew Wolff. The first televised event since March stoppage raised at least $5.1 million for COVID-19 relief. The match was played at the exclusive Seminole Golf Club-a Donald Ross golf course-which apparently is not as exclusive and our local Donald Ross course where it costs $25 to ride with a member on his own golf cart.