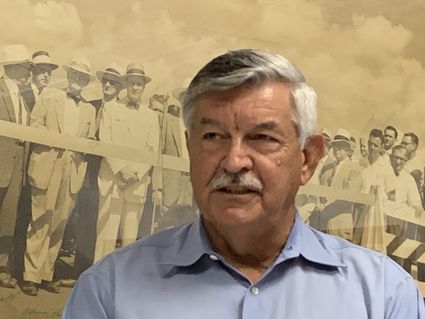 Merritt, an Orange County lawman for more than 40 years, did not run for re-election in 2020.

When he made that announcement in the fall, he said he was open to letting the new sheriff-elect, Lane Mooney, get an early start. But Merritt said two weeks ago he planned to serve through the end of his term in December.

Tuesday, he said Mooney had agreed to take over in July.

"It was my intention to serve out my third four-year term, but I strongly feel and my heart is telling me it's time to quit my law enforcement career," Merritt said.

"I have loved working for the citizens of Orange County for the last 25 years.

It goes without saying I couldn't have done any of it without my staff, all my wonderful employees.

"It's been a wonderful ride."

More than a dozen longtime sheriff deputies have resigned this year, including his chief deputy, John Tarver, and two Sheriff's Captains.

Merritt was elected in 2008 and served three four-year terms as Sheriff.

Previously, Merritt served as Constable for Orange County Precinct No. 1 for 15 years.

He began his law enforcement career as a reserve deputy in 1979.

Mooney was elected Precinct 4 constable in 2016 and defeated deputy Rob Strause in March's race for Sheriff in the 2020 Republican primary.

As no Democrats signed up to run for sheriff, Mooney is the sheriff-elect.