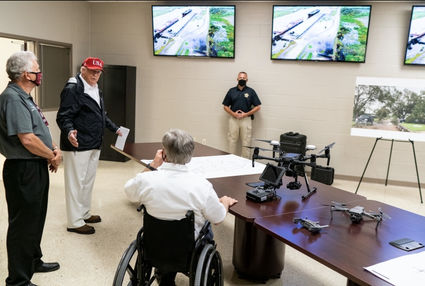 During this time, Orange County officials had the opportunity to show both President Trump and Governor Abbott the hardest hit areas of Orange County, utilizing one of the Orange County Sheriff's Office Drones. 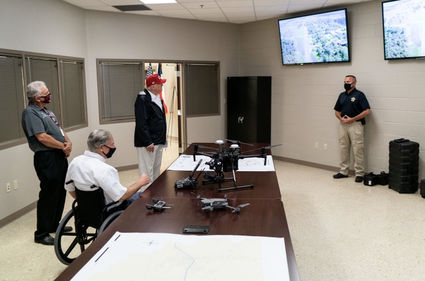 The Orange County Sheriff's Office operates these drones under a COA, which is a Certificate of Authorization issued by the Federal Aviation Administration.   The drones can be used for anything from surveying storm damage to locating a lost child.  They've become a valuable asset to this agency, as well as many agencies across the United States.

Lt. Jacobs stated, "After landfall, we flew for search and rescue, as well damage assessment".    These photographs were taken at the Orange County Expo Center, which is activated during natural disasters as the Emergency Operations Center for the county.