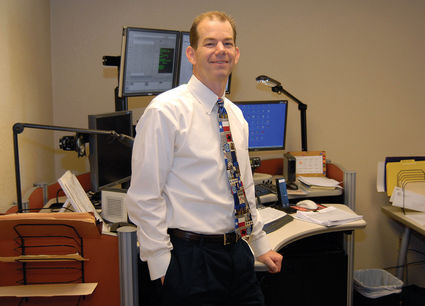 Jarrod Lee Watkins, 24, of Orange, was charged with intoxication manslaughter in a head-on collision that killed 20-year-old Jillian Blanchard of Port Neches on FM 1442 in Bridge City.

But Watkins has never been charged in connection with the other fatality.

Social media has been ablaze for months, accusing BCPD and Kimbrough of not doing their jobs.

The flames were fueled by protests by victims' family and friends at Bridge City Police Department in August, 2020, and at Bridge City Council chambers in April, 2021.

Television stories featuring the widow of hit-and-run victim Robert Jackson appeared last weekend, on the anniversary of Jackson's death. It was also a couple of days after Jerry Jones, city manager of Bridge City, confirmed rumors that Bridge City Police Chief Paul Davis had turned in his retirement papers.

Davis, a Bridge City High School grad who had been Bridge City's top lawman since 2009, did not respond to numerous calls and visits to his office by The Record Newspapers seeking confirmation of rumors that he was quitting.

"He was actually a major in Austin," Kimbrough said of Davis, who retired as a Department of Safety state trooper before he was hired as BCPD's chief. "He went up [in rank] real fast with DPS. He retired there and went over to Bridge City."

First responders to the crash on FM 1442 found Watkins still inside the pickup that crashed with Blanchard's car, according to the BCPD.

In April, Bridge City Police announced that they had evidence they expected to prove the same Ford F-150 had been involved in both crashes, hitting Jackson first, then driving on to crash his truck head-on into Blanchard's Nissan.

The April news release said BCPD expected that forensic testing would confirm Watkins was the driver in both instances.

The release said the BCPD anticipated filing additional charges against Watkins in connection with Jackson's death once results were back.

The results are not back, Kimbrough said.

"The case that has been indicted [Blanchard's death], the Bridge City Police Department did a fantastic job getting it put together," the DA said. "It was an extremely complicated accident reconstruction but in a two-vehicle collision, there is plenty of science there.

"My standard is always, 'If this was my family member involved, would I be satisfied [with the investigation], and I really would."

A hit-and-run collision with a pedestrian or bicyclist requires different types of evidence.

"I can't indict people unless we have the evidence, because once we indict them, we have to be ready to go to trial right away. And we still don't have the lab results."

Jones, the Bridge City city manager, said that Davis planned to be on the job until the final day of this month, June 30.

"He's just retiring – not resigning, like some others have said," Jones said. "He decided he wanted to retire and do some odd jobs. He's going to enjoy life, I guess."

Asked about the Police Department's leadership plans, Jones said, "We will at some point advertise for a police chief.

"We have to look over our requirements the last time we had an opening for police chief and see if we need to adjust them."

Jones was asked who would be in charge of BCPD beginning July 1.

"Everybody that's down there," he said. "As of now, I haven't appointed anybody, but they've got a good chain of command."