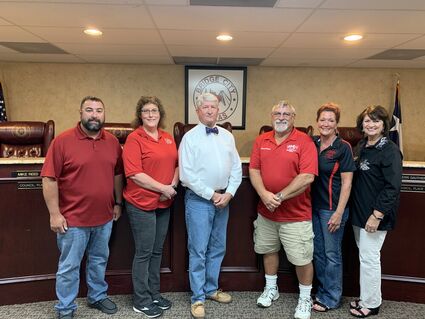 He liked what they've done with the place.

"It looks good," said the 83-year-old Hock, who now lives in Orange.

That 51st anniversary of Bridge City becoming an incorporated city is July 7. Incorporation passed by a 60-40 margin on July 7, 1970.

The current city council has six members, plus Mayor David Rutledge, who picked up a big honor for the city, being named President Elect of the Texas Municipal League last week.

He take office as President of TML in October 2022.

After serving on council for 16 years, Rutledge has been Mayor of Bridge City since 2016. He has served as TML Region 16 President and on the TML Board of Directors.

"This is a great honor and I am looking forward to working on the behalf of Texas cities and their citizens," he said.

As it turns out, 51 years ago Hock was Bridge City's first deficit hawk.

His place, as he saw it when he joined Mayor Preston "Red" Wood and fellow council members Jack Pepper, Don Clayton, Charles English and E.T. Ernest after they all took their oaths of office on Oct. 5, 1970, was to hold the line on taxes and budgets.

"When I got out, we owed not a dime to anyone," he says proudly of his three terms lasting five years.

Hock opposed Bridge City's incorporation and voted against it. After it passed on a third try, he ran for election to city council and won.

Bridge City was born out of what was called the Prairie View community in the mid-20th century, located halfway between Orange and Port Arthur on the east side of the Neches River.

"Everybody started calling it Bridge City because you practically had to cross a bridge to get there from either Orange or Port Arthur," Hock recalled.

The Rainbow Bridge connecting Port Arthur and the community opened in 1939. A year later, the Cow Bayou Bridge to Orange opened.

In the 1940s, the Prairie View and Winfree school districts consolidated as Bridge City Common School District and the Texas Highway Department put up the first road sign declaring it "Bridge City" in 1948.

After the establishment of the Bridge City Chamber of Commerce in 1959, the push for incorporation began.

Those for incorporation cited fears that either Port Arthur or Orange might seek to annex the Bridge City area. Or worse, split it down the middle.

In the early 1960s, Gulf States Utilities built a massive power plant on the east side of the Neches, near Bridge City. Orange and Port Arthur became embroiled in legal squabbles that centered on tax revenue generated by the GSU plant.

Port Arthur had previously annexed land that the plant sat on and Orange announced a plan to annex land beyond the mouth of the Sabine River all the way to Lake Sabine to benefit from future industrial development.

Bridge City was caught in the middle. Annexation of the town seemed inevitable.

In 1961, two elections were held for incorporation.

"The majority of the people didn't want it," Hock remembered. "It failed the first time. It failed the second time. And it passed the third time.

"A lot of people moved to Bridge City because there were no city taxes. As soon as it became a city, you had to hire a licensed plumber and a licensed electrician to do your work. Most of the people were doing the work themselves." 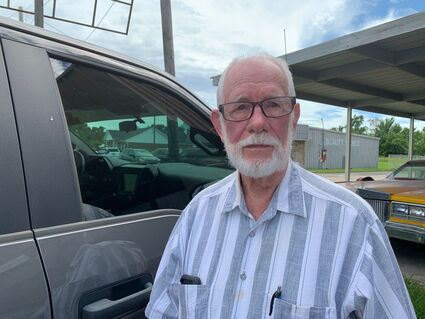 "Most of the business people wanted incorporation," Hock said. "And the majority wanted to start spending right away. I was able to hold that down."

Today, the Bridge City School District and the City of Port Arthur share the tax revenue from the power plant now under the banner of Entergy Texas.

"As a high school student, I was probably not too in tune to politics," said Rutledge, Bridge City's current mayor. "The talk I remember was one party saying, 'If we don't incorporate, Port Arthur is going to swallow us whole.'

"The other side said, 'No, they won't come across the river.'"

Incorporation made sure of that.