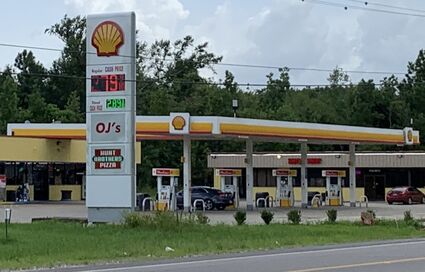 In a public workshop allowing taxpayers to speak for or against the presence of game rooms in unincorporated areas of Orange County, the “nays” had it all to themselves Tuesday.

The “ayes” were no-shows.

The 45-minute discussion drew a full-house crowd of about 50 to the County Commissioners courtroom and ended with County Judge John Gothia pledging the county will put forth its first game room regulations within a month.

Ten residents who took their turn at the podium and all five commissioners spoke for either strict regulation or the outright elimination of game rooms, a form of legal gambling allowed by the state if winners of the slot machine-like “8-liner” games are awarded only carnival-style prizes, like stuffed animal prizes or small toys.

Critics say game rooms not only pay out cash, but that game room operators, their associates and players boost crime in their neighborhoods.

“These cesspools of filth are known for everything from moving drugs in our county to instances of prostitution,” said Matt Ortego of Vidor, the Precinct 4 Constable.

Ortego prefaced his remarks by referring to gamerooms as the “scourge of Orange County law enforcement.”

Chris Sowell, president of the Mauriceville Heritage Association, said eight game rooms operate on Texas 12 within a two-mile stretch near the intersection of Highway 62. Some were so close to his home, he said he feared for the safety of loved ones.

He was one of several who cited a growing presence of strangers walking through their neighborhoods late at night and burglaries that coincided with the establishment of the game rooms.

“I’ve been told that a gameroom can make as much as $30,000 a week,” Sowell said. “That’s about $250,000 per week [for the eight game rooms he referenced]. That money all leaves the community. No way that money is helping the community at all.”

Wayne and Karen Lewis have lived in Mauriceville for 45 years.

“Up until a few years ago, we could walk out of our house and not lock it,” Wayne Lewis said. “You can’t do that any more. No way.

“People just walk the streets, looking for something to steal. We didn’t have that before the game rooms.”

The state of Texas created what’s called the “Fuzzy Animal” loophole in its no-gambling stance in 1995. The state collects a business license fee from game room operators plus $60 per 8-liner machine.

“The state of Texas is OK with this,” Lewis said. “We see these things going on around the game rooms. A lot of people are reporting the same thing I see. It looks like child sex trafficking or child sex prostitution.

Chris Eppler said when he came to Orange County 14 years ago to work for Mauriceville Church he lived for a bit in Orange before moving to Mauriceville.

“If I’d have known Mauriceville was going to become a red-light district, I’d have just stayed in Orange,” he said.

Precinct 2 Constable Jeremiah Gunter, a former Jefferson County lawman, said when Jefferson County began to implement restrictions on game rooms in unincorporated areas, the number of businesses dropped from 23 to 8.

Precinct 4 Commissioner Robert Viator, former mayor of Vidor, said the city cracked down on game rooms while he was there – which pushed some of the operators into unincorporated areas of Orange County.

He said Vidor began requiring operators to close at 10 p.m. weekdays, midnight on Friday and Saturday; to put in windows; allow immediate inspection by law enforcement officials; and pay a $910 licensing fee per machine while limiting the entire city to just 200 machine licenses.

Gremillion said the first drafts of the Orange County ordinance prohibits requiring memberships, the number and location of doors and transparent windows so law enforcement in the parking lot can see what’s going on inside. Also, hours of operation, with closing time probably the same as Viator cited about Vidor, a requirement all employees wear name tags and immediate entry to any and all law enforcement members.

“I sort of disagree with you wanting to make rules, see if you can make these people do a little bit better,” Lewis, the 45-year Mauriceville resident, told the court.

“That’s not going to work. We need to make rules so stiff we’ll make them miserable for being in Orange County.”

Commissioners indicated they would, if they could.

“I think these regulations are pretty much going to take care of these kinds of businesses,” Precinct 3 Commissioner Kirk Roccaforte said. 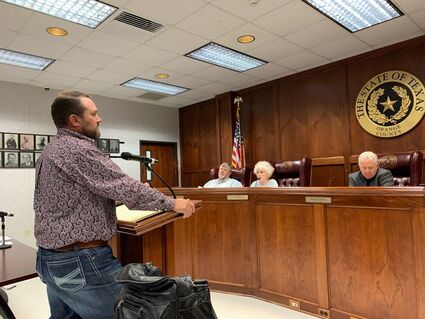 “This is something I’ve worked on since I took office [in 2017],” Precinct 3 Commissioner Theresa Beauchamp said. “It ruins the neighborhood. Not just that, a community.

“The day I saw a young girl, about 17, walking down Highway 12 in a pair of pajamas pulling a suitcase and going into one of those game rooms, that was it.”

“I’m more than willing to do whatever the law allows us to do,” Precinct 1 Commissioner Johnny Trahan said.

Gothia said “Amen” to the choir.

“Yeah, we want to make sure we do the regulations as far as the law will let us go,” he said, “but not so far we get ourselves in a bind later. We don’t want to leave ourself open to a lawsuit we’re going to lose.”