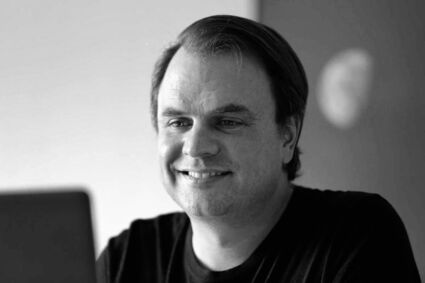 Sunday was an exciting day for space enthusiast and Orange County native Nathan Price. The 8 a.m. launch of Richard Branson in his Virgin Galactic Unity 22 spacecraft was another step forward in the new space age and the beginning of space tourism.

"It's about time," said Price about the Virgin Galactic flight. "The Virgin Galactic system is the evolution of the system that Burt Rutan won the X Prize for back in 2004. They thought was they would be flying that in just a few years...so this is in some ways, a decade plus overdue, but it's good to finally see it happen. He had a company called Scaled Composites."

Price said Rutan was the man responsible for building the Voyager, the first plane to travel around the world without stopping or refueling, in 1986.

Price said Bezos and Elan Musk have plans to build infrastructure for future space exploration and development, whereas Branson seems more interested in just doing short flights and doesn't seem to aspire beyond that.

"However [Branson} has brought a lever of presentation, class and attention to it, that he's been known for. Elon Musk and Jeff Bezos don't operate on that same dimension as he does. It will be interesting to see what long term impact he has." Price suggests that even though Branson may not be working on infrastructure, he may give a ride to someone that becomes inspired to great things.

Price admits both Virgin Galactic and Bezos trip are basically 'advanced amusement park rides. "Give them a taste and they'll want more," he said.

Price has been interested in space travel since a young boy at Orangefield. That interest was revived when NASA announced a few years ago it planned to go back to the moon in 2024.

He embarked on a mission over 570 days ago to interview one person a day about what they think of NASA going back to the moon.

"Some people wonder why we stopped," said Price. "Others want to know why we are going back. What do we hope to get out of it? Some wonder what is the benefit of it? Why spend billions of dollars when we have so many issues on Earth?"

He said some people expect there to be technological developments that we wouldn't have otherwise.

"Countdown to the Moon" started in December 2019. At first, he would go to the mall and other locations and pick out a random stranger to interview. COVID-19 changed things when the world shut down. It forced Price to take a different route to collect his interviews, starting with recording the interviews through video calls on his phone, then settling on Zoom calls. The bonus that has come out of that dilemma is that now he is getting interviews from all over the world.

"I was talking to someone in the Philippines this morning," he said. "I'm on such a long streak, it would be depressing to miss one at this point."

If he has opening, he posts online, and friends help him find someone to fill in for that day.

All the interviews can be viewed on his website:http://CountdownToTheMoon.org. Price encourages anyone interested in being part of the project to sign up for a day and time on the website. Some of the early interviews will land on the moon itself. Price has booked a spot for a flash drive of interviews to be included in a rocket that will be sent to the moon with all kinds of memorabilia; a moon time capsule if you will.

Price founded the North Houston Space Society in January 2018. The group meets monthly to discuss the current updates in the space race. The group was also forced to Zoom because of the pandemic. Price said when they go back to in person meetings, they will likely be hybrid, because Zoom allows people from all over the world to attend. All past meetings can be viewed online at  http://NorthHoustonSpace.org.

In March, Price started volunteering at Space Center Houston, located at 1601 NASA Parkway, Houston, TX, 77058. Currently he is a greeter and helps with overnight campouts. He hopes to one day move up to a tour guide but needs to undergo additional training first.

For those interested, Price said the center opens requests for volunteers twice a year. Volunteers must pass a background check and are required to work a minimum of five hours a month.

Price said if you go, be sure to visit the original Apollo 11 Mission Control tour tram. It just reopened and is included in the price of admission.

"It's really amazing. The have an intro video, then the screen comes alive, I mean the entire room comes alive. It was the day Buss Aldrin and Neil Armstrong were actually landing on the moon. All the screens on all the consoles are displaying the same information the were displaying at the time. Everything is as authentic as they could make it. It's really an amazing experience."

FYI: He says you must climb 80 steps to get to mission control.

You can check out Virgin Galactic at https://www.virgingalactic.com/

Target date for the start of regular trips on Virgin Galactic are set for 2022. Around 600 reservations have already been made at an average cost of $250,000.

If that is a little too rich for your blood, here are a few other opportunities:

Enter for a chance to win a seat on a Virgin Galactic Flight: https://www.omaze.com/products/virgin-galactic-2021

Space For Humanity will be sending someone to the edge of space: https://spaceforhumanity.org/

The Discovery Channel will be sending someone to space through a program called "Who Wants to be an Astronaut": https://www.discovery.com/shows/who-wants-to-be-an-astronaut.