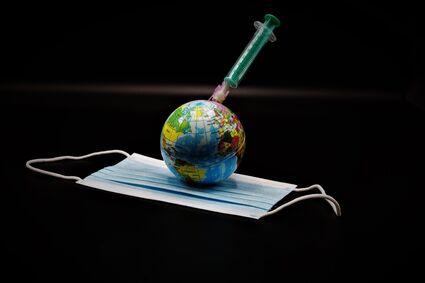 When it comes to COVID-19 vaccines, Orange County, Texas, has one of the lowest rates of vaccinated residents in one of the least vaccinated states in the nation.

In the last week, active cases in the county have more than doubled from 141 to 315, county officials revealed at Tuesday’s Commissioners Court meeting.

Tuesday’s was the first public update since the county’s Emergency Management Office last posted figures, along with a breakdown by age groups and genders, on June 8.

Last week, The Record Newspapers reported that there had been 98 new cases in the two weeks preceding July 20 and that the county had 141 active cases, according to interviews with EMO officials.

There was no age and gender update available either Tuesday or on July 20.

“The numbers [of COVID-19 cases] got so low, nobody was interested in them,” Joel Ardoin, county emergency management coordinator, said when asked Tuesday afternoon why the updates had disappeared after being a regular feature for more than a year on the EMO’s Facebook page.

“I’m sure we’ll start reporting them again, especially if the numbers keep going up.”

With 315 active cases Tuesday, that’s the highest number reported for Orange County since 427 on May 16, according to the Texas Department of State Health Services.

DSHS has reported only one COVID-caused death in Orange County in the month of July, 156 since March 2020.

Texas was among three states singled out by the White House last week – Florida and Missouri were the others – for being home to 40% of the nation’s recent coronavirus cases.

According to the Dallas Morning News, Texas added 25,026 new coronavirus cases last week. That made up 8.9% of the new cases for the U.S.

Texas residents make up 8.7% of the U.S. population.

Orange County ranks 241st among Texas’ 254 counties with 28.9% of its residents 12 and over fully vaccinated.

Jasper County, which borders Orange County to the northeast, is one of the state’s bottom 13, with only 20.1% of its residents 12 and over fully vaccinated.

Orange County is offering free vaccines on at its Expo Center Tuesday and Thursday afternoons but County Judge John Gothia admitted Tuesday that few citizens were taking that offer.

“But you can get one [COVID vaccine] anywhere now – if you want one,” he said.

Commissioner Johnny Trahan reminded the Center for Disease Control had reported earlier this month that more than 99% of the people who’ve died from COVID in the past six months were those who had not been vaccinated.

“People are saying, ‘You’ve got to do more for vaccines,’” Trahan said. “Well, we’re doing it. People just don’t want to take it.”

The statistics of COVID are hard to pin down, due to a lack of universal reporting standards. Because of time lags between testing and reporting the data, tracking positive cases, hospitalizations and deaths due to COVID-19 have been tough from the start.

But the playbook for this one-of-a-kind pandemic is still in the making and concerns about COVID variants have those who are vaccinated wondering if they need a booster.

“We all know people who have gotten COVID twice,” Commissioner Robert Viator said, and Gothia said he knew three.

While the CDC is now saying even the vaccinated should wear masks indoors and federal health officials are urging schools to require masks and/or vaccinations for students and employees, Texas Gov. Greg Abbott has outlawed mask requirements and vows he won’t allow any more shutdowns.

“The only ones I look at, really, are the hospitalizations and the deaths,” Trahan said.

“That’s what they told us in the CDC call last week,” Gothia said. “Just pay attention to your hospitalization numbers.”

The County Judge said he checks SETRAC’s website every afternoon.

The Southeast Texas Regional Advisory Council includes three of the state’s so-called Trauma Service Areas, including TSA “R” which includes Orange and eight other Gulf Coast counties. Those include Galveston County but not Harris County, home to the state’s largest city, Houston.