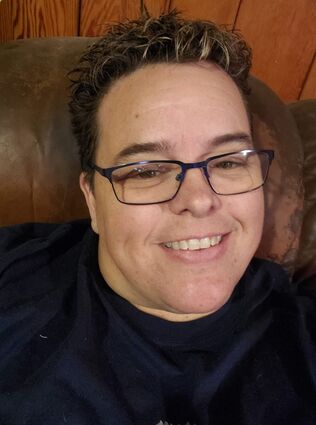 Jo Harris says her family's Orange Mercantile store is having a run on horse, cattle and swine de-wormer.

"Normally, I'll keep six or seven bottles on the shelf, and when I run out, I just order six more bottles and they come in a few days," Harris said.

"I have ivermectin ordered since Aug. 9, and every week, I order some more. I've ordered 36 bottles one size, 18 bottles another size and two more of a third size.

Ivermectin is sold in feed stores to deworm livestock. Harris says it works for horses, cattle and swine.

Rightwing media has touted it as a treatment for COVID-19, but it's not approved to treat COVID by the U.S. government. The US Food & Drug Administration tweeted, "You are not a cow."

Harris can't say for certain if the people buying ivermectin are using it as a treatment for two- or four-legged consumers, but she's knows it's not all being used by beasts of burden.

"For cows, pigs or horses, I can tell them how to use it, but I can't tell you how to use it for people," she said.

"But the dosages are out there, on the internet."

Calls to poison control centers about ivermectin have jumped five-fold since July, according to data from the American Association of Poison Control Centers.

A much bigger jump – from 3,600 per week in early 2020 to 88,000 per week in mid-August – has occurred in the numbers of prescriptions for ivermectin written by doctors.

Ivermectin comes in injectable form for cows and swine and in paste form for horses, she said. Pill form is also available.

Most people are after the injectable form, Harris says, because it's easier to use and measure dosages.

Harris says people should avoid taking the cattle solution labeled Ivermectin Plus or Ivermectin Gold. Those have extra ingredients not suitable for humans, she said.

"Plain ivermectin is safe," she said.

Harris said she touched off a firestorm on social media when she signaled her belief in the benefits of taking ivermectin.

She said Tuesday she knew people who took a dose monthly as a preventive to ward off COVID-19.

She said she knew of a case where a COVID-19 sufferer had been given hours to live, but rebounded to wellness after being allowed an ivermectin injection.

Several epidemiologists and infectious disease doctors are speaking out against the risks associated with taking Ivermectin.

The drug is an anti-parasitic used to treat tropical diseases seen in underdeveloped countries. Lotions and creams containing ivermectin are also used to treat head lice and rosacea.