God Has A Special Place In His Heart For Children 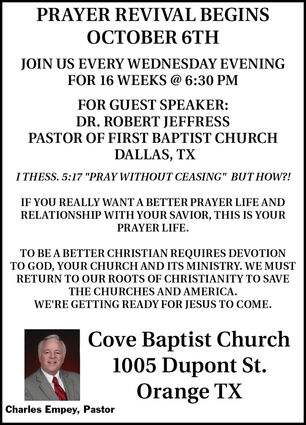 Part of the reason my wife and I married was to have children and bring them to Jesus. We had already been born again in Christ and desired to be given of the Lord children to bring to Him that they too would come to know Him as their Lord and Savior and would have their eternal home in heaven. We had two girls. So, we took them to church as soon as possible and began to introduce them to Jesus. Oh, they were just little babies, but we wanted  them to begin to be sensitive to church surroundings and the sounds of church...God honoring music and God glorifying preaching. They grew up hearing the gospel and the great hymns and songs that go with it. They even grew to sing before the congregation in special music. The youngest learned to play the piano very well, also. They married Christians and have introduced my grandchildren to Jesus. It's going to be a great reunion for us in heaven. Heaven! I say!

Oh, it would be important to note that they were not perfect anymore than anyone else kids are. But they had Jesus to guide them away from sin through their lives and have grown in grace and knowledge, becoming better Christians as they got older and get older.

We saw to it that nothing would ever take precedence over being in church. Again, always keeping the introduction to Jesus going and then when they had received Him as their Lord and Savior, we kept them where He could instruct them of righteousness (right living) as He commanded you and I to do in Hebrews 10:25. Therefore we kept them in church, every service. Sports, nor anything else was allowed to get in the way of us introducing our children to Jesus at His house, church. Them learning the way to heaven and how to live a life of peace in Jesus (honorable living) was far more important than anything else. They have not only been introduced to Jesus in the one place on earth they can be introduced and taught (church), but have been taught in His Word there. Now they are good citizens and have raised and are raising their children to be the same in Christ. Kindness and unconditional love for others is a main practice of their lives.

We are so glad we did not abort (kill) them and fail to lead them to heaven in Jesus. I might say that my wife had life threatening circumstances when carrying our second child and it was recommended for the sake of my wife's life that we abort the baby.  She refused to abort and our sweet girl is alive and well, living for Jesus and teaching her children to do the same.

Today the churches and the Sunday Schools where we can bring our children to Jesus are  almost empty and hundreds of churches close every year for non-attendance. The soccer fields and baseball diamonds, etc. are full every Sunday morning, but the churches, the houses of God where Jesus is proclaimed and worshipped are barely attended now. We have raised up generation after generation these last many decades who find sports and making money and just recreating to be more important than being introduced to Jesus. Now they are preparing or are raising another and another generation outside of that one place on earth where Jesus is introduced to them. So, our society is without the love of Jesus in their hearts, producing a ravaged society, soaked in drugs, disrespect for parents and all other authority, marching in the street, burning the flag, indulging in immorality, murder and thievery constantly rising, and you name it. The Bible says that hell will enlarge itself to accommodate this failure on the part of parents. Jesus said, "Many are called, but few are chosen." Jesus who knew and knows the past and the future was clear on how this world would end up. Where do you want your children and grandchildren to end up? Jesus wants to meet them and take them to heaven.