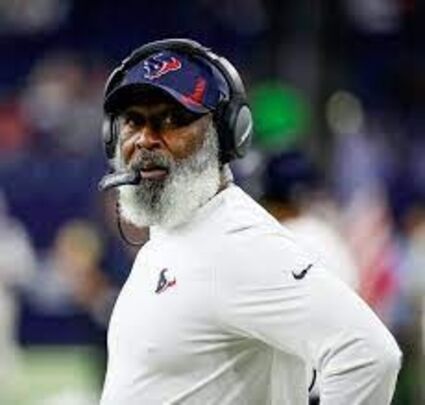 Sunday's 23-20 Super Bowl victory by the Los Angeles Rams was a complete reversal of how every playoff game ended for the Cincinnati Bengals.

For the last six weeks it was the Bengals that came from behind in the game's closing minutes to win, usually on a clutch field goal by their rookie kicker Evan McPherson at the end of the game or in an overtime period.

That winning drive by the Rams was engineered by veteran quarterback Matthew Stafford, who was enjoying his "divorce" from the mediocre Detroit Lions where he toiled for 12 NFL seasons before being traded to LA at this time last year.

However, the grueling work done in this final drive was keyed by Rams receiver Cooper Kupp, who was the unanimous choice for the game's Most Valuable Player.

Kupp made some brilliant catches in heavy traffic, but the key to the victory in my opinion, was his seven-yard run from scrimmage on a critical fourth-and-one situation that kept the drive alive. He also snagged a 22-yard pass before grabbing a one-yard bullet from Stafford for the winning touchdown.

The Rams defense finally figured out how to stop Joe Mixon and Cincinnati's rushing game in the second half plus picking up six of their seven sacks on Burrow by applying 55 per cent pressure on the Bengals' offense.

But not to be overlooked was the brilliant effort by the Cincinnati Bengals. They caught the Rams defense asleep on the first play of the second half when quarterback Joe Burrow heaved a bomb that was grabbed by Tee Higgins for a 75-yard touchdown that put the Bengals ahead for the first time 17-13. The play took only 12 seconds.

The two teams exchanged field goals later in the third quarter, making the score 20-16 and setting up the Rams' late heroics.

Cincinnati got tired of making the playoffs but not getting past the first round and fired its head coach Marvin Lewis after 15 seasons and hired Zac Taylor after the Bengals finished as the worst team in the NFL in 2019.

And if there is any good news about finishing dead last it has to be that Cincinnati was entitled to the No. 1 overall draft pick, which turned out to be Heisman Trophy winner Joe Burrow of the LSU national champions.

The Bengals won just a handful of games in 2020 with Burrow's season finished when he suffered a serious knee injury.

They weren't expected to do much last season but surprised the NFL world by winning their division and every playoff game until Sunday.

My question is this: Can the Houston Texans follow in Cincinnati's footsteps after hiring 63-year-old Lovie Smith last week and make it to the Super Bowl in two years?

After picking themselves up off the floor from laughing so hard, most shook their heads negatively and said they may have a new head coach with much more experience but they lack a franchise quarterback like Joe Burrow, unless Davis Mills continues to develop as rapidly

The key to this situation lies on the shoulders of general manager Nick Caserio, who needs to give Lovie much more talent than he gave to poor David Culley, who was fired unceremoniously in my opinion.

Caserio and personnel director Jack Easterby would have been ridden out of town on a rail if they selected another person without any NFL coaching experience.

So, Lovie Smith appears to be the best of the rest and has been with the team for a season. Let's give him some NFL talent and a chance to use it to produce some wins!!!

KWICKIES...Former Cincinnati Bengals quarterback Carson Palmer claims his old team will never be a perennial powerhouse like Kansas City or the Green Bay Packers because he says the owner is a tightwad and won't continue to put out the necessary funding to keep top-notch players on the Bengals roster on a yearly basis.

Some of the sports buffs on ESPN's First Take program don't believe that the Rams have surpassed the Lakers as the No. 1 sports team in the Los Angeles area. "How can the Lakers still be the favorite when they're five games under .500 in the NBA Western Conference standings?" ask the dissenters. Not that I care, but it looks like they have a valid point.

While Super Bowl 56 was getting ready to kick off, Scottie Scheffler and Patrick Cantley were locked up in a playoff at the Waste Management Phoenix Open which was won by Scheffler when he sunk a 25-foot birdie putt on the third playoff hole.

Veteran NFL running back Adrian Peterson, who hails from Palestine, TX., was arrested Sunday morning in Los Angeles on a felony domestic violence charge on board a flight at Los Angeles International Airport that was bound for Houston. The plane turned back toward the gate and the FBI was notified after a verbal and physical altercation between him and his wife Ashley. Peterson was taken into custody at the LA Police Department's Pacific Division and later released on a $50,000 bond and is scheduled for a hearing at LAX Superior Court June 16.

Michael Irvin, who has been known to do some weird pranks as a player, revealed on first Take about the time during extended halftime in the Super Bowl after all of the Dallas Cowboys' second-half adjustments had been made, he told his receivers coach he had to go to the rest room and instead sneaked down the runway to watch Michael Jackson perform.

JUST BETWEEN US...The Super Bowl was only over for a couple of hours when the Las Vegas sports books already had the odds out on Super Bowl 57. Favored to win as usual were the Kansas City Chiefs at 13-2, followed closely by the Buffalo Bills (7-1), LA Rams (10-1), Cincinnati Bengals (12-1) and the San Francisco 49ers (14-1). Better go place your bets before the odds change.