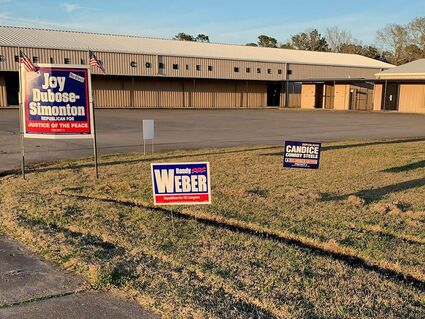 In the other contested Orange County race, Chris Sowell was not just the top vote-getter in a five-man race for the County Commissioner job representing Precinct 2. He avoided a run-off with an overwhelming 59.7 percent of the 2,846 votes cast.

Tuesday night's totals in the Republican Primary were 1,698 votes for Sowell, and 1,148 for the rest.

Sowell avoided a runoff with 59.7 percent of the vote and a 46-point win over runnerup Matt Chandler, a former Pinehurst Mayor Pro-Tem who garnered 13.5 percent of ballots cast.

The 45-year-old president of the Mauriceville Heritage Association, Sowell raised $18,000 in contributions and spent at least $20,000 on his campaign, according to the latest candidate finance report dated a week ago.

Chandler's Jan. 31 filing, his last timely filing, showed $600 in fund-raising, $5,000 in spending. Graffagnino's Feb. 21 report, his only filing of the campaign, showed zero contributions and $1,300 of expenses.

The total number of Orange County's 54,000 registered voters taking part in this election was just over 11,000, or 20 percent. 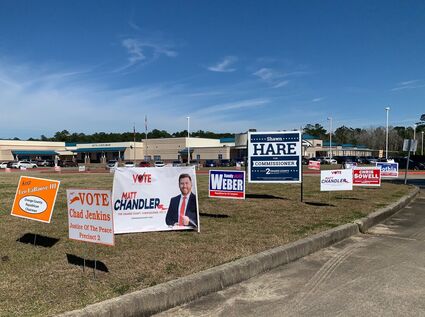 Dubose-Simonton, daughter of former Bridge City mayor and County Commissioner John Dubose, earned a 53-47 percent edge in the early voting over Steele with 737 votes to 649.

Sowell won one vote less than 60 percent of the 1,592 votes cast early in the Precinct 2 race, according to results released by the Elections Administration after the Election Day polls closed at 7 p.m. Tuesday.