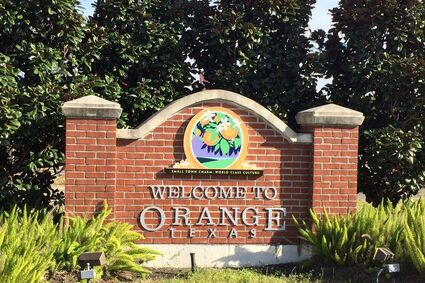 The first round of interviews for hiring a new Orange Fire Chief are over and City Manager Mike Kunst said Tuesday he’s doing “due diligence” before recommending his choice at a future City Council meeting.

Bailey is upset both that Kunst has a non-Orange resident on his four-person committee and that Bailey is not on that committee.

The committee members, according to Kunst, are Kunst, Orange Assistant City Manager Jay Trahan, Regius Guillory, a manager at Arlanxeo; and Pat Avery, the President of the Port Arthur Chamber of Commerce.

“She is not qualified to pick a fire chief, and most importantly, she doesn’t live here,” Bailey said of Avery, who was head of personnel and human resources at the Mobil and Total refineries for more than 25 years.

A quick Internet search shows both Guillory and Avery live in Beaumont.

According to the city charter posted online, the city manager “shall be the chief administrative and executive officer of the City” and is “responsible to the Council for administration of the affairs of the City.”

The heading for section 3.15 of the charter is “Interference by the City Council Prohibited.”

It reads “Neither the City Council, any of its members, nor the Mayor shall direct the appointment of any person to, or his removal from office by the City Manager or his subordinates, or in any manner interfere with the appointment of offices and employees of the City, and, except for the purpose of inquiry, the City Council and its members shall deal with the administrative services solely through the City Manager.”

“The two positions city council should have a say on are Fire Chief and Police Chief,” Bailey said. “I don’t give a damn who he hires to drive a truck.

“This isn’t settled by a long shot. I haven’t liked the whole process from the get-go. He disrespected me and Dave Frenzel.”

The councilman said Kunst, who came to Orange from the Vidor City Manager post, is “not qualified” to hire a fire chief.

Dave Frenzel, Orange’s fire chief for 25 years and a member of the department for 53 years, retired earlier this year after having given six month’s notice.

Assistant Fire Chief Lee Anne Brown retired after 30 years of service at about the same time to take a new job with Chevron Phillips.

Kunst has relied on Fire Marshal John Bilbo, a 20-year department veteran, to oversee things at the Fire Department since.

Bailey believes the department is passing over Bilbo.

“We spent $21,000 on John Bilbo’s education. What are we paying all that money for if we’re not going to promote him?

“I want a little return on my investment.”