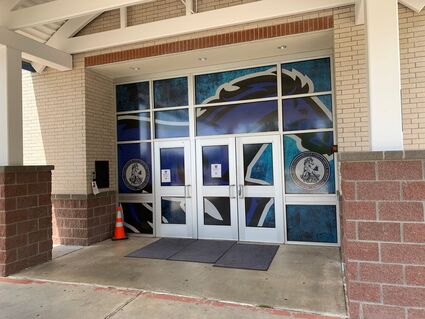 The main entry doors at West Orange-Stark Elementary School hide the inside from outside view and open only after a visitor uses an intercom to be buzzed in.

The worst kind of tragedy – the senseless murder of 19 children and two adults – touched the world last week and hit home especially hard in Texas.

The events involved in the state's worst school shooting ever, a lone gunman's attack at an elementary school in Uvalde, are under close scrutiny.

"Something like this was unthinkable when I was growing up," said Brian Ousley, Director of Support Services for Orangefield's school district. "Fire drills, stop, drop and roll, and bad weather was all you had to worry about then.

"School safety is a whole different animal now. You have to deal with everything from mental health to child safety for 3-year-olds."

"Safety drills are recommended by the state, and we follow that format," he said.

The focus is definitely on keeping schools safe from outside threats.

"Unfortunately, no design or amount of preparation can account for every potential event or action, especially those undertaken by individuals determined to cause harm," Will Clayton said.

Clayton is an architect and project manager for Claycomb Associates, Architects, a Texas-based company that for more than 30 years has designed and managed the construction of schools.

Claycomb worked with Orangefield to rebuild after Hurricane Harvey and is involved with adding a new wing at Bridge City Elementary School.

"Society has changed over the last few years and our school design has changed at the same time," Clayton said. "Safety is always a prime concern when we start working with school districts."

An important safety feature being built and retrofitted into modern schools is a vestibule at the main entry of each building. It's a series of two doors, one inside the outside door, that is kept locked until an attendant lets a visitor in.

The doors lock remotely and can serve as a man-trap by locking an intruder in the vestibule until police arrive.

"We try to limit the number of entry points," Clayton said. "Typically, we design to where there's a singular main entrance you come into. When the cutoff time for students to come in arrives, the door automatically locks."

Most schools have a "panic button" which automatically locks the doors and notifies law enforcement to respond.

In Orange County, Bridge City, West Orange-Cove and Vidor have their own district police forces and city police as backup. The Orange County Sheriff's Department is first responder for Orangefield and Little Cypress-Mauriceville.

Of course, Orangefield made news in 2018 when it created its own program for school marshals, administrators trained to respond to gun threats with guns of their own.

Since licensing and training the marshals, Orangefield has not had occasion for them to reveal their identities.

It's unknown but possible other districts have added marshals. Recent state law changes allow districts to expand the number of marshals from the original maximum of nine. 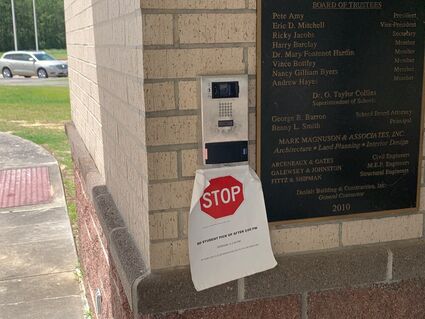 "Each school has to do its own lockdown drill and it has to be done on site," Orangefield's Ousley said. "After it's over, we put it all in a timeline, figure it all out and learn from it.

"Some day, you're going to have a situation where you implement your emergency operation plans, call 9-1-1 and activate the marshals."

It's not something Ousley could have ever imagined when he was a student.