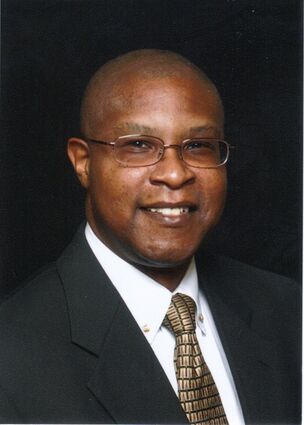 As we start getting into the heart of Hurricane season, there is no better person to lead the Texas Gulf Coast Region through this time. Blake has extensive experience with disaster. He was part of the National Leadership team who deployed into Houston to help lead the local region through Hurricane Harvey. He has also served with the International Federation of the Red Cross and Red Crescent Societies as the lead relief delegate in Sri Lanka, managing the organization and distribution of Red Cross supplies and equipment during the tsunami relief efforts.

Blake is a 24-year veteran of the Red Cross. He has spent the last eight years serving as the division disaster executive for the organization's Southwest and Rocky Mountain Division covering 12 states, including Texas. Blake, a resident of Humble, Texas, will oversee Red Cross operations that cover 51 counties along the Gulf Coast. The Texas Gulf Coast Red Cross Region serves more than 9 million people in cities such as Beaumont, Corpus Christi, Harlingen, Houston and Rosenberg. With a volunteer team of more than 3,000, the region provides service disaster relief and preparedness education; assistance for military personnel veterans and their families; and health and safety courses.

"I am so excited and honored to be chosen as the Regional Chief Executive Officer for the Texas Gulf Coast region," Blake said. "Being a native Houstonian, it's such an honor to get to lead the incredible team of volunteers, staff and board members here in the Gulf Coast. As we embark on Hurricane season, I am excited to be able to lead the team from the front lines."

Blake began his Red Cross career in 1980 as a volunteer in disaster and health and safety services with the Clark County Chapter in Las Vegas, Nevada. He joined the Red Cross staff as a Texas state disaster specialist in 1998. In addition to serving as division disaster executive since 2013, Blake has served as a Red Cross disaster officer, director of disaster relief operations, and as senior director of emergency and international services in the National Capital Area Region. In those roles, he was involved in the management of multiple domestic and international relief operations. For this service, Blake received the APA International Humanitarian Award in 2006 and the President's Award for Excellence in Management in 2009. His earlier professional experience includes seven years as forfeiture analyst in the FBI's Las Vegas office and 11 years in the airline industry.

The American Red Cross shelters, feeds and provides emotional support to victims of disasters; supplies about 40 percent of the nation's blood; teaches skills that save lives; provides international humanitarian aid; and supports military members and their families. The Red Cross is a not-for-profit organization that depends on volunteers and the generosity of the American public to perform its mission. For more information, please visit redcross.org or cruzrojaamericana.org, or visit us on Twitter at @RedCross.