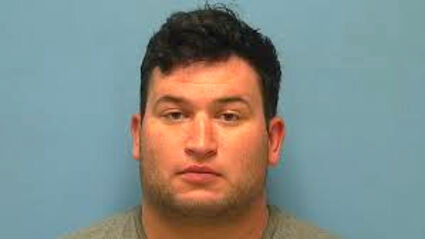 Watkins admitted he killed bicyclist Robert Jackson, 45, of Bridge City, and then Jillian Blanchard, 20, of Groves.

Watkins was set to go on trial for one of the manslaughter cases on Monday before 163rd District Judge Rex Peveto. A jury had been chosen and the members given a lunch break to return and hear opening statements. However, when the jurors returned they learned Watkins had made a plea bargain to both indictments.

After the plea before the judge, Watkins was handcuffed and taken to the Orange County Jail where he is now awaiting transfer to a state prison unit. He had been freed on bond after both his arrests.

Law enforcement officers reported Watkins was driving a Ford F-150 pickup truck and ran head-on with a Nissan Altima driven by Blanchard. The crash was about 3 a.m. on June 13, 2020, in the 4000 block of West Roundbunch Road near Bessie Heights Road.

Four minutes after getting a call about the head-on crash, law officers were notified of another fatality after the body of Jackson was found in the 200 block of Ferry Road off Texas Avenue by his bicycle.

Blanchard died of injuries in the head-on crash and Watkins was injured. Law officers reported he was taken by ambulance to a regional hospital where he was treated and released. Blood samples are routinely collected in any fatality crash.

After Watkins' release from the hospital, he was free for three months until September 2020 when he was indicted by the Orange County grand jury on one charge of intoxication manslaughter. He was indicted on the second manslaughter charge in August 2021. Indictments also included charges of failure to stop and render aid, but those charges were dropped as part of the guilty plea.

During the time before he was first arrested, friends and family of the two victims went before the Bridge City City Council and protested outside the Bridge City police station to ask for his arrest. They accused officials of giving him preferential treatment.

Watkins is a 2015 graduate of Orangefield High School and was a stand-out on the school's football team, earning playing and academic honors.

Family members of Jackson and Blanchard were allowed to give personal impact statements to Watkins before he was taken to jail.