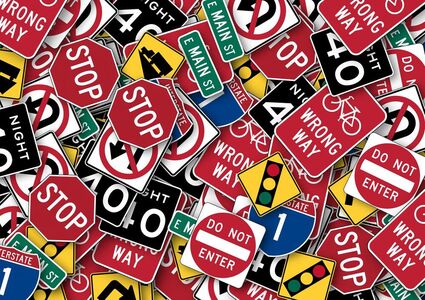 Drivers traveling in the Waterwood subdivision outside of Bridge City will need to pay attention to the intersections soon. Orange County will be installing stop signs at five of the intersections.

In addition, a stop sign will be going up in the Wexford Park subdivision outside of Vidor at the intersection of Waterford Way and Leitrum Drive.

Orange County Commissioners Court Tuesday unanimously approved the new stop signs after conducting a public hearing on them before the meeting. The only people speaking at the hearing were residents in the Waterwood subdivision and they approve the signs as a way to slow down traffic.

The Waterwood subdivision is off Highway 62 South and has houses along Cow Bayou or along canals. The stop signs will be at Teal Drive and Widgeon Drive, Teal Drive and Pintail Lane, Green Wing Lane and Waterwood Drive, Greenhead Point and Green Wing Lane, and Greenhead Point (South) and Bluewing Court. The subdivision is in Precinct 3 with Commissioner Kirk Roccaforte.

Wexford Park subdivision is off FM 105 North in Vidor and near Smith Lake. It is in Precinct 4 with Commissioner Robert Viator.

Commissioners also set a public hearing for the upcoming fiscal year. The public hearing on the budget and the tax rate will be Tuesday, September 27, at 2 p.m. The proposed budget is online at the county's website under the county clerk's office section.

The proposed tax rate is 49.2 cents per $100 valuation, a decrease from the current rate of 54.2 cents per $100 valuation. However, that does not mean taxes will go down because most properties in Orange County had increased values set by the Orange County Appraisal District this year. The Appraisal District operates under state laws and regulations.

If the new appraisals are calculated this year, the rate would be 48.5 cents per $100 valuation, seven-tenths of a penny less.

Most of Tuesday's business included budget changes for the current fiscal year as county departments faced rising costs brought on by nationwide inflation. The departments were moving money in their budgets to different categories to balance out the year.