By Senator Robert Nichols
For the Record

Why I Believe the State Should Offer Paid Maternity Leave 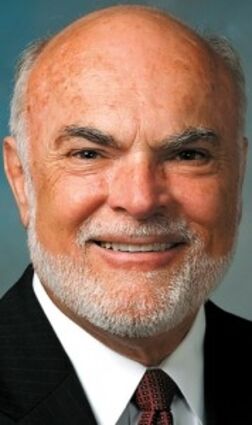 As we look ahead toward the 88th Legislative Session, I believe that one thing we as Legislators should be focused on is supporting children and families. As a parent and grandparent myself, I know the importance of the first days and weeks of a new child's life, and the physical impact that childbirth has on a mother. Research indicates that the postpartum period is critical for allowing bonding between parents and children, reducing maternal and infant mortality and morbidity, and setting the stage for healthy child development. In fact, this period has far reaching effects on a child's long term development and health. However, despite this knowledge current statistics indicate that only 19 percent of women have access to a paid parental leave benefit, and roughly 1 in 4 women return to work 10 to 14 days after giving birth. For those women in lower income jobs the numbers are even worse, with only 6 percent being offered a paid leave benefit.

Offering this benefit will play a part in attracting and retaining talent to combat the workforce shortage that our State is facing. In fact research indicates that women who are offered paid parental leave are much more likely to return to the workforce after having a child. However, the passage of such a bill would do far more than just that -- it highlights the necessity of paid leave for new mothers and will encourage other private employers to follow suit. Texas should be a leader in supporting mothers and their babies, and one part of this is allowing mothers paid time off in that critical window following birth. Long term, this type of policy will promote maternal mental and physical health and reduce health care costs for the State, while promoting healthy child development -- a cornerstone for a strong state and a robust economy.

This is why I recently filed SB 222, requiring that all state employees be given mandatory paid time off after the birth or adoption of a child. The details of this proposal will undoubtedly be debated and refined over the session, but my guiding principle is this: the State of Texas should be exploring ways to better support mothers and children, and parental leave is an important part of that conversation.