Court approves plan to make it easier for voters 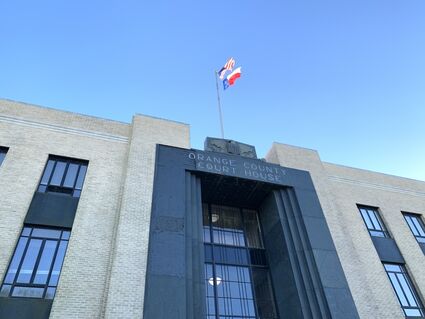 Orange County voters have a good chance of soon being able to vote at any polling site, no matter where they live.O

Orange County Commissioners Court agreed to a that plan, but County Judge John Gothia said it has to be approved by the Texas Secretary of State.

Commissioners Court held a public hearing on the proposed changes and heard nothing but approvals from people, including Vidor ISD Superintendent Dr. Jay Kilgo, Orange City Councilor Terrie Turner, and representatives from the City of Vidor.

Salter said she has heard a lot of people complaining about going to vote at one site and then being told they had to go somewhere else. "Thank you. This is a wonderful, wonderful thing," she told the court.

Precinct 4 Commissioner Robert Viator said he visited with Rose City and Pine Forest officials and they are enthusiastic about the plan.

Elections Administrator Donna Alford outlined the ways the voting will work and how the county has bought the equipment that will allow the changes. County Judge John Gothia said in the past, the county could not afford to buy the equipment to allow the open voting. However, federal grants issued during the pandemic gave the county $600,000 to spend.

The change will allow the county to go from 34 boxes down to 23 voting boxes. The decrease will help move balloting sites from schools, which now do not want to host elections because of safety concerns.

Much of the computerized equipment has been used for early voting already. Each box will have a kiosk computer for a voter to check in. They vote on a screen and at the end of the ballot, the individual voter gets a paper copy to check. Alford said if the voter has a mistake, they can then go to the election official to void it and they can vote again. All votes will be in a computer and on a paper ballot.

Alford said the kiosk check-in computers will be connected to communicate. When a voter checks into one box, that name will be sent to other boxes letting them know the person has voted. She said none of the computers used in the voting are connected to the internet to eliminate the possibility of hackers.

"The system can't be hacked and there's a lot of safety measures," Gothia said.

If the secretary of state approves the new plans, Orange County may get the new voting changes in time for the May city, school board, and special districts elections.

In other business, the court accepted the gift of 702 Elm Avenue from the First United Methodist Church, which is across the street. The one-story building was used by the church as a spiritual retreat. The county plans to use it to house first responders and volunteers coming to Orange after a disaster.

An earlier hold-up on the gift concerned the use of a parking lot. The county had asked the Stark Foundation for use of one its parking lots catacorner to the Elm building. But the county could not agree to the foundation's insurance requirements.

Instead, the church guaranteed the use of its parking lot, which is only yards further than the Stark Foundation parking lot.

Precinct 1 Commissioner Johnny Trahan said the building needs maintenance work, but will be an asset for the county.