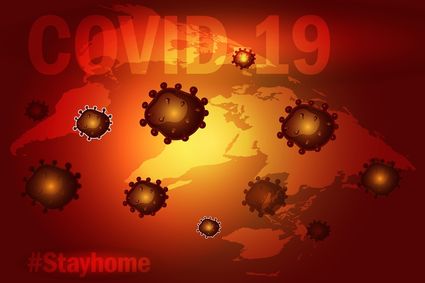 Vaccinations for COVID-19 should be available to the general public in Orange County by the end of the year, officials say.

That's little more than two weeks away, so the three-staged rollout will have to hurry.

No vaccines had been given out in the county as of Tuesday afternoon, a day after Beaumont and Houston hospitals took delivery of their first vax kits.

But both County Judge John Gothia or Joel Ardoin, the county's Emergency Management Coordinator, said they were in the dark as to when the vaccine would be available here.

"Hospitals got the first batch and, of course, we don't have any hospitals here," Ardoin said.

"The second round goes to first responders – policemen, firemen, EMTs and school personnel, teachers, etc. The general population is supposed to start [receiving vaccines] before the end of the year."

Both Gothia and Ardoin said they'd been told that 1.4 million doses of the vaccine will be sent to Texas by the end of the year, and that it was up to the federal government to figure out distribution.

"There's still some tweaking to do," Gothia said. "Hopefully, next week they'll start giving it out here. They're getting facilities approved, and people to give the shots. They are en route.

"It's supposed to really start ramping up after the first of the year."

Nurses to give the shots and sub-zero refrigerators to store the vaccines are two things in short supply.

"I know there are not enough in public health [departments] to administer the vaccine," Ardoin said. "The state is supposed to be sending some nurses in."

Two county sites have been designated for first responders to be vaccinated. Security is also a concern.

"That's one of the main things. The locations we have have to be secure locations. We don't want to get the vaccines stolen."